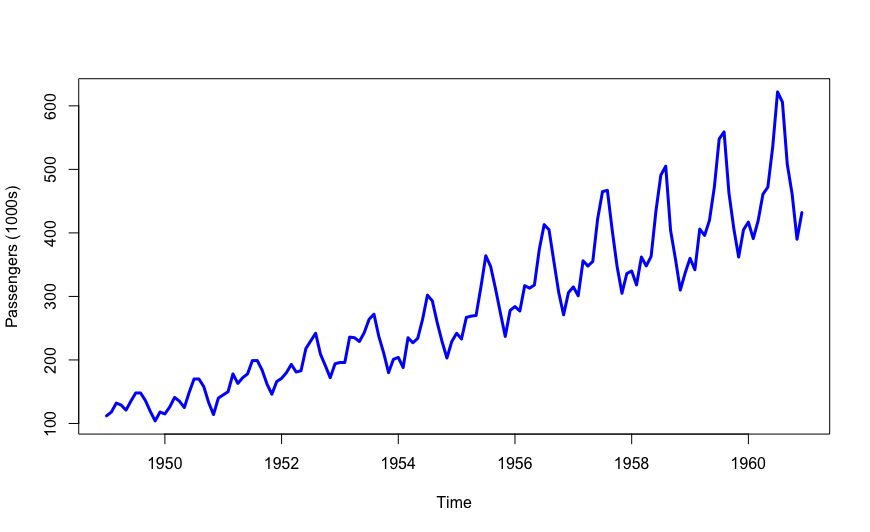 If you have read the article Time series analysis for statistical forecasting, you already know that a time series is simply a sequence of values temporarily sorted. However, if such a sequence represents a real behaviour of something (for example the sales history of your business), it will be more than a simple sequence of values.

Therefore, a not trivial time series may be characterized by four different components:

How can we merge those components in one time series?

This is a suitable solution when the seasonal component does not vary its intensity with the level of the time series (as in figure above).

Methods for the estimation of the components

The a values could be estimated using a least squares approach. Suppose you have a monthly time series and you want to extract the seasonality. A possible way to do it, is to find a linear dependence between the current month and the previous ones. Hence, if you want to know the value for September 2017 the seasonal component might be

In conclusion, altough the decomposition methods are not the state of art for statistical time series forecasting, they represent a milestone for the literature and cannot be ignored.